"Siam Park" was something I'd noticed being advertised all over the place, the last couple of times we visited the island. I had no idea what it was until I discovered that it was a new water park, only opening in September, 2008, which explains why. 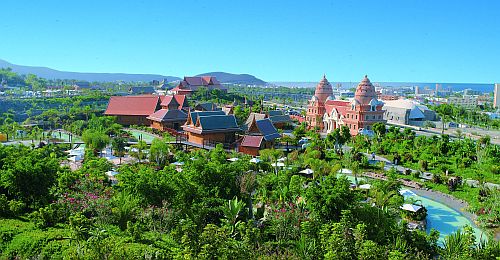 The Tenerife water-park attraction, as its name suggests, is totally Thailand theme-based. The designer obtained permission from the Thai royal family, on the understanding he didn't copy royal palaces, holy places or statues of Buddha. The resultant collection of 25 buildings form the largest outside of Thailand itself.

Situated in Adeje, the park is built on a hill and can thus take advantage of the slope for all the rides. The Park boasts a host of attractions.

As the primary purpose of visiting is to experience the many water rides to the full, the Park provides rental lockers and towels, for a nominal fee. For that extra touch of luxury, there are also private cabanas available.

Of course, it's unlikely you'll want to spend the whole day in the water. If you are hungry, or fancy a drink, the Park features a selection of eating places and bars.

The Thai House. A restaurant offering both Oriental and traditional food, enjoyed in a place with Siam Park's unique Thai atmosphere. 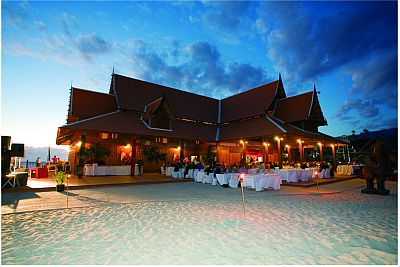 The Beach Club. Situated on the beach, serving a buffet consisting of a varied selection of international dishes.

The Tea House. Found in the Floating Market, overlooking the sea lion lake, serving coffee, tea and a selection of pastries and other snacks.

The Thai Bar. Overlooking the Mai Thai waterfall, the ideal place to relax and unwind, after the excitement of the rides.

The Beach Bar. Situated on the beach, where you can enjoy your cocktail while admiring the view of the Atlantic Ocean, with the neighbouring Canary Island of La Gomera in the distance. 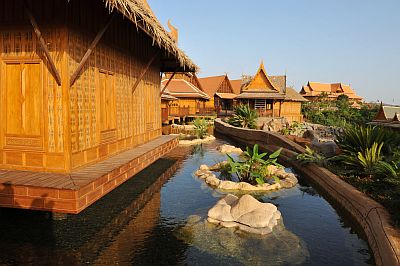 Siam Park also has a "Floating Market", which is constructed as a typical Thai village. Thai massage is offered and there are such things available for purchase as souvenirs, snacks and sweets, sun cream and swim suits.

There is also the Billabong surf shop by the beach. 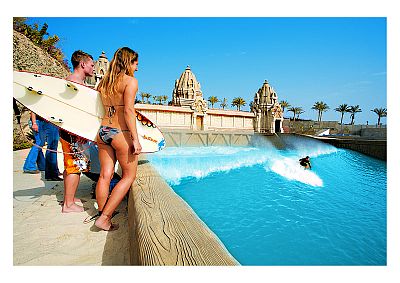