Let me start with one simple statement: it is far better to book your car hire in advance online. I have to admit, I don’t take my own advice and just leave it till I get to the airport. It backfired on me one time, because nobody had any cars available!

You will also probably get a better deal, financially. 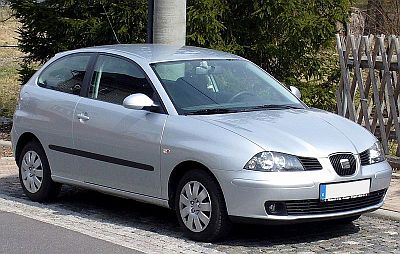 There is a full range of companies to be found in Reina Sofia airport, at the end of the baggage collection area. They range from multinational, like Avis, to local ones, such as Cicar (the "Ci" in the name stands for Canary Islands - although why it should be in English is a mystery). As you would expect, the prices offered reflect the "importance" of the company. Avis car hire, for example, may be slightly more expensive.

Myself, I usually choose Europcar. It’s reliable, has nice cars and is reasonably cheap. One time I was hiring a car, using credit card and the man asked if I had used them before. When I said, yes, a number of times, he said he wouldn’t put the bill through onto my credit card until I returned the car, meaning the car hire fee wouldn’t show up on my statement till eleven days later. A nice touch, I thought.

All the staff manning these car hire booths speak good English. To hire a car, you need your passport and plastic driving licence. (Some countries require your paper licence too, but not Tenerife.)

The full list of other car hire companies based at Reina Sofia Airport:

Another thing which I am quite opinionated about is whether the car is provided with a full tank of petrol or not.

The "full tank" option is by far the best, as it is a simple matter to top up the tank until the petrol pump clicks off. The other option means you have to guess how much petrol you’ve used and top up accordingly, usually ending up putting in too much, so the car hire company benefits. (Europcar use the "full tank" option.)

Incidentally, Tenerife has quite a lot of petrol stations with attendants to do it for you. Some will take your payment, too. Others will put your petrol in, then direct you to the payment counter in the shop. If you want the car filling up, the Spanish expression is "Lleno [lyAYno], por favor". "Lleno" means "full".

Should you ever be stopped by the police when driving (and they have been known to set up impromptu road blocks), always make sure you have your driving licence, passport and the hire car contract with you. (Fortunately, if you're a tourist driving a hire car, police are more likely to let you go - unless you're committing a really serious driving offence. More so if you make out you can't speak Spanish, even if you can.)

When you park your car overnight, a good ruse is to leave the glove compartment open, with nothing in it. Hire cars are a notorious target for thieves to break into and, if they can see there's nothing of value inside, most likely they'll leave it alone.

I knew someone who used to leave his hire car unlocked overnight, the theory being that, if thieves were going to target it, at least they wouldn't have to damage it by breaking in!

IF YOU HAVE AN ACCIDENT

I've had a minor bump whilst driving a hire car in Tenerife and, from my experience, the resulting process is quite easy.

Within the documents you receive from your car hire company, there should be an accident report form. All you do is get the other party to fill in his/her details, then the company will deal with it. You won't get penalised in any way. (With that last point, I'm speaking from, once again, my own personal experience. It may not be the case with every car rental company.)

For more information on driving in Tenerife, click here.

When I tell you that, apparently, it's possible to hire a 50cc moped in Tenerife just by producing your passport (i.e. with no licence), you won't be surprised to hear that a lot of young tourists go for it.

Bearing in mind the way most young people like to drink a lot whilst on the sunshine island, they are likely to be driving these vehicles either drunk, or hungover. This is the reason they are stopped very often by the police.

At this point, you have to produce a licence! If you haven't got one, you will be arrested. If you're over the drink-driving limit as well, things get really bad.

Another reason not to do it: these mopeds are stolen all the time. If yours falls victim to a thief, you have to pay the hire company the full cost of the bike!

I know I seem to be doing my best to put you off, but, if you are prepared to use these vehicles responsibly, by all means, try it, but you have to be really careful on Tenerife's roads; there are numerous accidents involving mopeds resulting in serious injury or death.

This appears to be the main company in the south for hiring out two-wheeled vehicles of all different engine powers.

They sort out all the paperwork for you and provide a helmet (wearing is compulsory) and padlock.

The range of vehicles offered begin with the 50cc scooter, right up to such monsters as a BMW HP2 1200cc.

They're found near the huge timeshare complex Palm Beach Club in Las Americas, on Prolongación Calle Venezuela, in the Surf Commercial Centre.

www.carspain.com/tenerife/ - Car rental services at Tenerife airport and in the Canary Islands