Health in Tenerife - a guide to doctors, dentists and hospitals

Healthcare in Tenerife forms part of the overall European united system. Its administration is the sole responsibility of the Servicio Canario de Salud, under the control of the Government of the Canary Islands. Under this governing body, there are subsidiary governmental bodies for each of the seven islands. 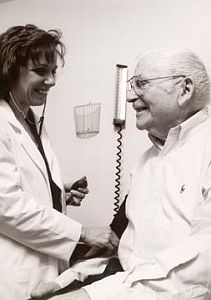 The policy, these days, is that any European citizen should be entitled to free healthcare in the Canaries, regardless of cost or length of treatment.

It has been quite well known, in the past, that European holidaymakers should obtain a copy of form E111 before they travel, to insure them against any required medical assistance during their holiday. Now, however, this has been superceded by the European Healthcare Card. If you don't have this card and you fall ill, don't panic; the assertion is that no-one will be refused healthcare, if they need it, regardless of what documentation they have.

Some holidaymakers also take out travel insurance, which covers any health issues, but, if you actually live in the country, you either have to pay Social Security, which entitles you to free health and hospital care, or have permanent health insurance (in other words, go private). Otherwise, if you are admitted to a hospital, you end up paying through the nose.

For those people who are legally resident, have an NIE number and are employed, paying their social security monthly fees will entitle them to free medical treatment, so it is worth going through all the proper channels. Details of how to do this can be found elsewhere on this site. (The downside to this is that, to enjoy this free treatment, you have to go to a National Health doctor or dentist, who is unlikely to speak English.)

Having stayed in a couple of hospitals in Tenerife, I can vouch for the fact that they are excellent establishments. It is unlikely that all staff will be able to speak sufficient English to communicate with you properly, but some hospitals do provide interpreters.

In the case of a medical emergency, you can summon an ambulance by calling 061. Distinctive white vehicles, with broad blue and orange stripes, they are as good as in any other country...and their speed of reaction to a call can vary just as much, too.

There are quite a few English, or English speaking, doctors and health centres on Tenerife and here you can click through to a full list.

If you have social security, you can visit a doctor, for a discounted fee, but, without this, the receptionist will present you with the full bill at the end of your visit.

As there is a large German presence on the island, I imagine that there are quite a few doctors of this nationality. I've presented you with as full a list as I can find.

I thought this might also be the case regarding Scandinavian doctors. Unfortunately, try as I might, I can't find any!

I have to say, however, that I've had occasion, during my stint living on Tenerife, to visit a couple of dentists, both of which were Spanish or Canarian and they could speak excellent English and their treatment of me was exemplary.

Nevertheless, I've searched for a list of English dentists in Tenerife (or, at least English speaking) and, if you click on the link above, you'll, hopefully, be able to find one near you.

There's a possibility that you might need to visit a chemist, or pharmacy, for medication of some sort. Tenerife pharmacies are distinguished by a neon-lit green cross and are numerous, dotted around the island.

From my own experience, Tenerife pharmacies are staffed by helpful, friendly people, who, usually, can speak passable English and will not only deal with any prescription you may have, but will advise you on any medication needed for various ailments.

A map of pharmacies found in Tenerife can be found here. Not all of them are open all hours. Here are a few that are open 24/7:

Here are some others which, whilst not open 24/7, are operating seven days a week: