Just to tell you a little bit about me, my name is John and I "emigrated", with my wife (as was), to Tenerife in 1992, one week before my 40th birthday. The word "emigrated" is in inverted commas because we fully intended to spend the rest of our days there. As things panned out, I lasted eleven years and eventually returned to the UK in 2003, bringing with me a new partner and a dog, Max, rescued from an animal sanctuary called "K9". 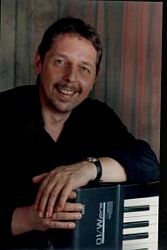 Yes, my wife at the time decided after a year and a half that Tenerife wasn’t for her (neither was I, apparently) and departed the shores. My main reason for finally giving up the Tenerife lifestyle was that my parents were getting on in years and, as I was their only son, I felt that I should be there for them.

I worked the island as a musician/entertainer and enjoyed a moderate degree of success. As a place to live, Tenerife is great, but only if you have both the appropriate mind-set and enough work to earn a decent living wage. For holidaying, of course, it is a superb destination, consisting of so much more than just Playa de Las Americas. 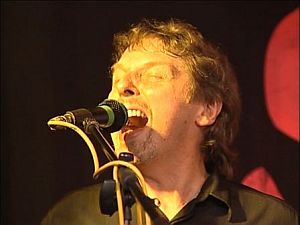 Me singing my head off

During my time there, I worked in numerous bars and restaurants, both solo and in duos and, for one extremely good run of solid employment, in a country and western band, complete with cowboy hat!

My current partner, Alison (whom I met on the island), and I still go there for a break two or three times a year, so we've gone from living there - to being tourists! So, I feel that I can offer information from both sides of the coin, as both a one-time resident and a holiday-maker. 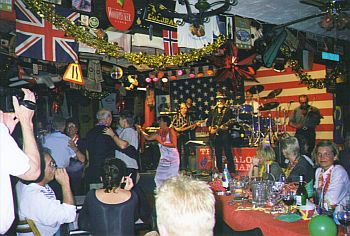 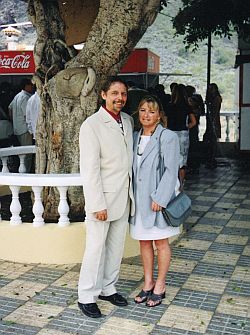 Attending a wedding near Los Gigantes
with my partner, Alison, late 90s 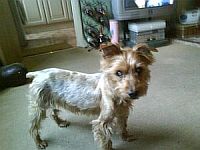 I’m trying to include as much information as I can on this website, but, obviously, there’ll be something I’ve missed, or not thought of. Please feel free to use the feedback link, pointing this out and I’ll try to remedy the situation.

As they say,
when raising a glass in Tenerife:
“¡Salud, dinero y mucho amor!”
(Health, money and much love!) 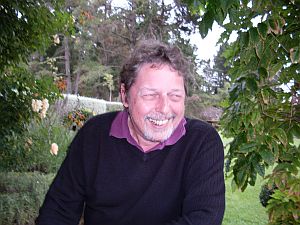 Well I thought it was funny