Guimar - home to the famous pyramids

Guimar is, like so many villages in Tenerife, also a municipality. Based about halfway up the eastern side of the island, it covers some 1,029 square kilometres and extends from the coast right up to the central mountainous region. 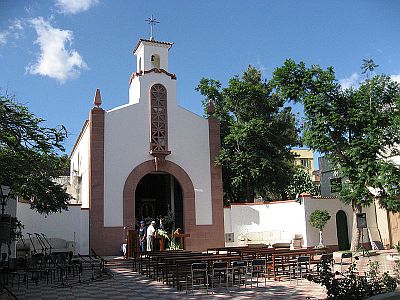 The village itself bases its economy mainly on agriculture, with various produce, such as potatoes, grapes, bananas, avocados, tomatoes, pumpkins, cabbages and other fruits. It is also the location of a major wine producing region, together with a prolific collection of greenhouse complexes housing many decorative plants.

In the summer months, the village becomes a major centre for fishing, with its harbour becoming extremely busy.

Part of the surrounding area of the village has been designated a Natural Reserve. The Malpais, or "bad country", is a desolate area of beauty, ideal for hikers. 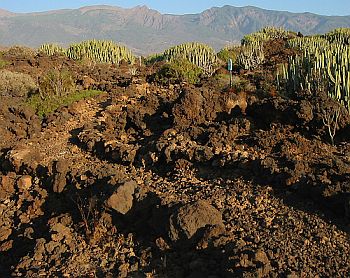 The village's main claim to fame, of course, are the Pyramids. They are such an important Tenerife attraction, that I've given them their own page, here.