The decision to build the airport now known as Reina Sofia on Tenerife was decided at the end of the 1970s, as it was thought that Los Rodeos, in the north, was too susceptible to adverse weather conditions.

This was manifested in the terrible disaster, the worst in aviation history, that took place at the north airport in 1977, which was partly due to the presence of fog. 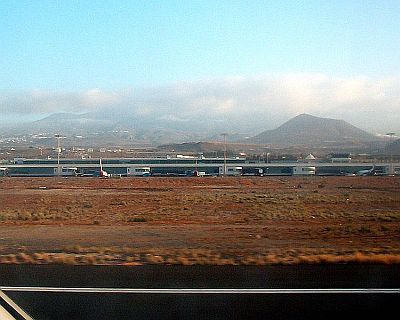 Two years later, the Tenerife South Airport, as it is now more correctly known, was built at sea level, to avoid possibility of such things as fog. It was inaugurated by Queen Sofia and took her name. Immediately, the airport was flying passengers to many international destinations, was designated a special top-category airport, open 24 hours a day.

Since then, around 140 million travellers have passed through.

Reina Sofia is nearly forty miles from Santa Cruz, but only just over ten miles from Los Cristianos and the other tourist centres in the south. 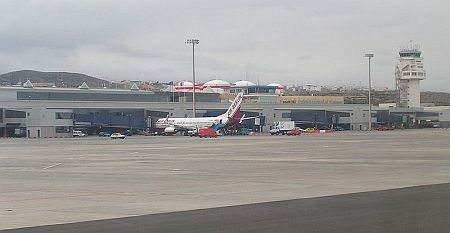 The airport is fully equipped for wheelchair access all areas 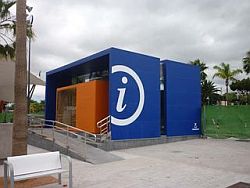 You'll encounter it as you exit the building, having just arrived and, as can be seen from the photo, it is hard to miss!

It provides four large video screens, each showing information on different subjects. These range from culture, to the attractions of Mount Teide and the natural beauty of the island.