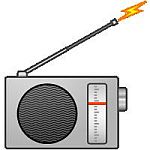 Its content is aimed at an audience of 25-year-olds and upwards, featuring great music from the last two decades.

The music is interspersed with entertaining chat, sport news and local information. It is the only Tenerife radio station licensed to use the Independant Radio News service, an organisation supplying news for British based radio stations.

There are some 14 DJs/presenters, each with their own individual personalities. These include such stalwarts as Roscoe, Andy "Fullabull" and David Tappin, who were happily broadcasting away back in the 90s, when I lived on the island.

With such variety, you can't go wrong. There is also a feature called "Soccer FM", which is a football round-up every Saturday from 2-5pm. This covers all professional leagues in England and Scotland, the FA Cup and the Champions League. Live commentary of the home games of CD Tenerife (Tenerife's football team) is also broadcast on Sundays from the Heliodoro Stadium. 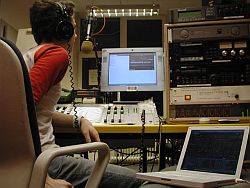 All this, together with competitions, quizzes, plus local Tenerife news and weather, makes it the station to tune into.