Like any other country, Spain and, therefore, Tenerife has its own various chains of supermarkets. All of them are much the same and this supermarket is no exception. 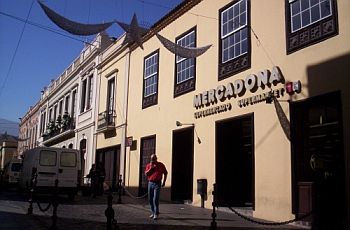 The company is the largest supermarket operator in Spain and, according to the Spanish Yellow Pages, has 26 branches in Tenerife. (It actually lists 27 altogether, but it seems that one found on Gran Canaria has sneaked onto the list.)

The one I am familiar with is the one at Las Chafiras. I've only been in it a couple of times, prefering the branch of HiperDino nearby.

The store has a policy of "A.L.P." (always low prices) and prides itself as always putting the customer first.

Typical hypermarkets, they stock all the produce and product lines you'd expect. Their stores are laid out in sections, known as "environments".

For more information, try their official website (link below). To view a full list of their supermarkets in Tenerife, refer to this page in the Spanish Yellow Pages.