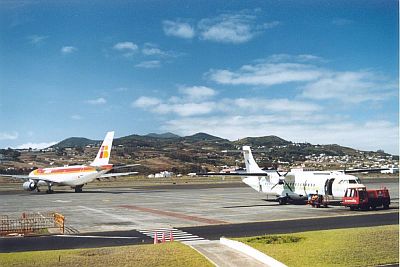 The history of Los Rodeos Airport actually dates as far back as the 1930s, when Lufthansa began flights between Tenerife and Berlin, using a temporary airfield just south of Santa Cruz.

Eventually, in the 1940s, it was upgraded, with a hard surface runway, a terminal and hangar being introduced. Proper flight services then began.

More investment followed in the 1960s, with the building of a control tower and the addition of a new runway. It was then able to accommodate Boeing 747s. The number of passengers began to increase sharply.

Its growth was interrupted by the opening of the Tenerife South Airport at the end of the 1970s. This larger airport took over all international flights, leaving Los Rodeos with domestic ones, linking with the other Canary Islands, with one or two extra ones to mainland Spain, mainly Madrid and Seville. 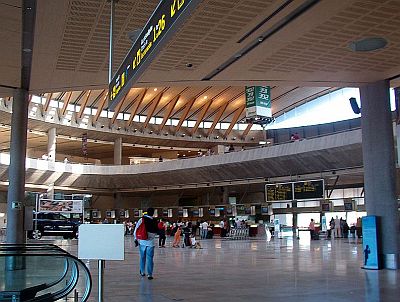 In 2002, a new terminal was built and flights to Caracas began. The airport had regained its international status. Today, it is a fully international airport, with flights to Europe and North America. Domestic flights to Gran Canaria still dominate the schedules, however, with up to 40 flights per day.

Situated only seven miles from Santa Cruz, this airport is convenient for the island's capital, as well as other notable towns in the north such as La Laguna and Tacaronte.

There are limited facilities for business travellers. You should telephone airport information for more information and assistance.

The airport is equipped for wheelchair access in all areas