La Buena Paella is that rare thing: a low priced, genuine Canarian restaurant in a tourist resort. Established comparatively recently (the premises previously being an entertainment bar), this was our first visit. 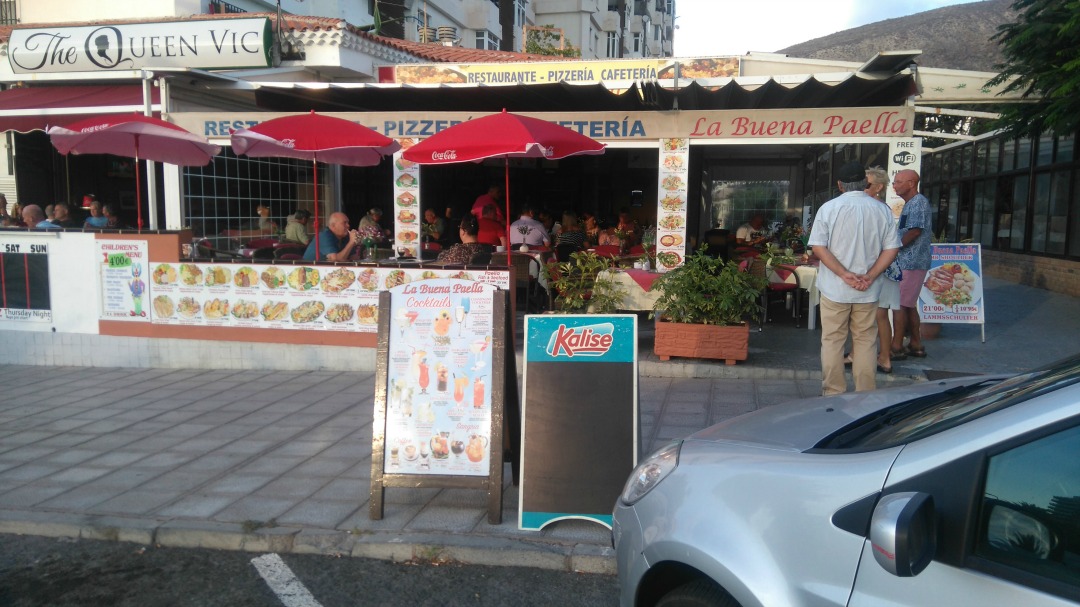 It had been recommended to us by Alison's Dad, who'd said you could get a really good, cheaply priced, English breakfast there. But, we went in the evening. Now, in the past, when we've visited a genuine Canarian restaurant, we've always had a starter of a mixed salad, to share, so we did the same here. A tuna salad set us back €5. Then, on to the main course. Canarian restaurants like La Buena Paella tend to do really good mixed grills, so that was my choice off the menu. Blimey! When it came, it was a huge dish of sausage, fillet steak, gammon steak, chicken breast and an enormous pork chop, accompanied by vegetables and Canarian potatoes. This extravagant feast cost a mere €8.50! Alison chose a lamb shank, which she was unable to finish. 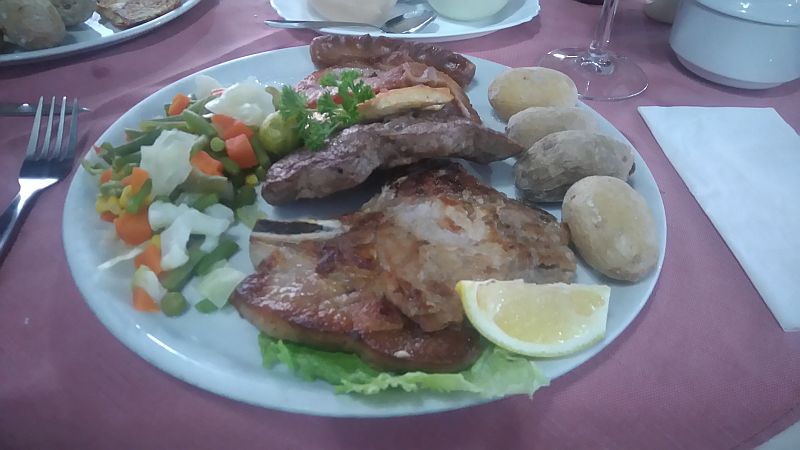 We returned to La Buena Paella a week later. For this one, I kept the itemised receipt, so I can tell you exactly how much everything cost. My main course, this time, was butterfly chicken with salad and Canarian potatoes, which cost a ridiculously low €4.80. Alison chose the seafood mixed grill, which was as extravagant as my meat mixed grill on our first visit and this was €8.80. We had a bottle of Sangre de Toro wine to accompany, for €12.75 and, to conclude the meal, a white coffee for Alison, €1.60, a cortado for me, €1.20, with a Tia Maria and a port, both €3.50. 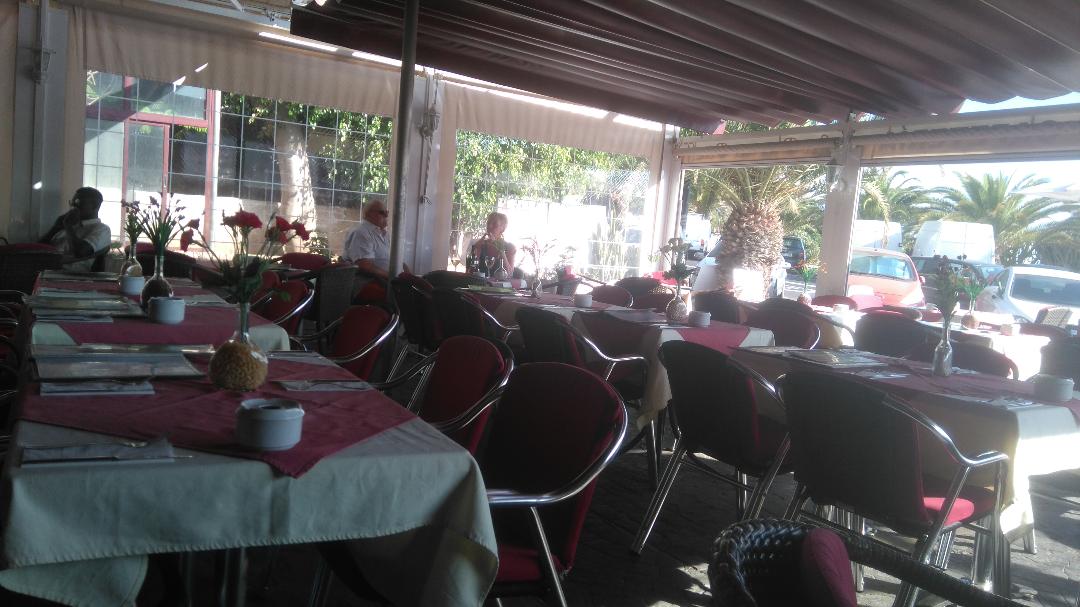 The waiters are Spanish, or Canarian, but speak reasonable English. I should tell you that there is an English PR person stationed outside the venue trying to entice you in, something which I find a bit of a nuisance, but that's a small niggle. As is usual for genuine Canarian restaurants, the place is child-friendly and can quite easily handle large parties.

I would definitely recommend this restaurant for meals of huge proportions, reasonably priced.

To find it, set off down the hill from the traffic lights in the town centre, past the hotel Princesa Dacíl. Carry on past the mini roundabout at the bottom, where there is a taxi rank. On the left side of the road, you'll see a line of bars and restaurants. La Buena Paella is along there.