Aloe Park - a working banana plantation, open to the public

Aloe Park (formerly known as Jardines de Atlantico) represents an industry that is prevalent on Tenerife - cultivation of bananas. 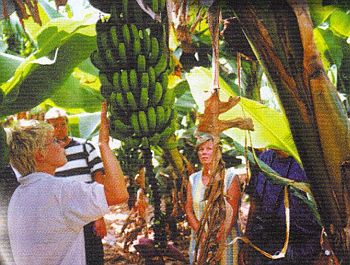 It offers an insight into a traditional Tenerife way of life, while still operating as a commercial banana plantation.

As well as bananas, there are examples of different Tenerife crops, plus a few animals dotted about. 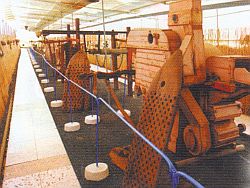 The bananera also has a museum devoted to farming through the ages.

It is found just off the TF-1 motorway at junction 26, on the road heading towards Buzanada.


There is a free bus from Los Cristianos, Las Americas and Las Galletas.

There is another of these attractions for those of you based up in the north of the island.

The El Guanche banana plantation is found at La Orotava and, as well as the crops of bananas, has exhibits of various other Tenerife flora, such as cacti, exotic plants and tropical fruits.

It opens from 9am till 6pm and there is a free bus from Puerto de la Cruz.