Iceland Supermarkets in Tenerife - where to buy all your British produce

The three Iceland supermarkets in Tenerife, as their name suggests, are out-and-out British emporiums, with British staff and British produce. 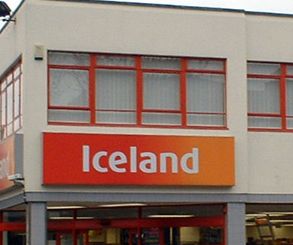 Like their equivalents in the UK, there is a predominance of frozen foods, with a whole host of large freezers stocked with stuff you wouldn't otherwise be able to find in a Spanish supermarket.

Likewise, they have shelves stocked with all the groceries you'd expect to find at home - such things as the full range of Heinz soups, baked beans and steamed sponge puddings, to name but a few.

Iceland was the only place, one Christmas, that we could find sprouts and parsnips!

The branch in Los Cristianos is quite a small store, but with an amazingly varied stock. The one in Las Chafiras, however, is a larger space and there is room for a small cafe, serving a remarkably good variety of food and drinks. The new ones in Torviscas seems like it covers a vast area, too. There was one for a time in Las Americas, but it seems to have closed down.

How To Find The Iceland Supermarkets In Tenerife

The Los Cristianos one is fairly simple. Head for the Costamar tower apartment block at the far end of town, past the Arona Gran Hotel. Walk down the ramp towards the Costamar entrance, but then, rather than entering this building, veer left and follow the building round and you'll come to the entrance to Iceland.

The Las Chafiras branch is slightly more complicated, as you have to use the TF-1 main motorway.

From the south, leave at junction 24. Even though the right-hand lane of the slip road takes you the way you need to go, avoiding the roundabout, I think it's better if you take the left-hand one. At the roundabout, take the first exit. You'll see a petrol station on your left and you must turn left immediately after this. Follow this road as far as it goes, then turn right. You'll see Iceland on your right.

From the north, again, take exit 24. The slip road splits into two, so take the left one. This takes you round a sharp bend to a roundabout and you take the first exit. The road passes over the motorway and you come to another roundabout. Take, once again, the first exit and you'll see the petrol station on your left. Thereafter, follow the directions above.

The latest addition to Iceland supermarkets in Tenerife, in Torviscas, is found directly opposite the water park Aqualand, on Avenida Austria in San Eugenio.