Football in Tenerife - watch it,
or play it

In Tenerife, if you want to watch football, you go and watch one of the island's two teams. By far the more important one is Club Deportivo Tenerife, otherwise known as CD Tenerife. 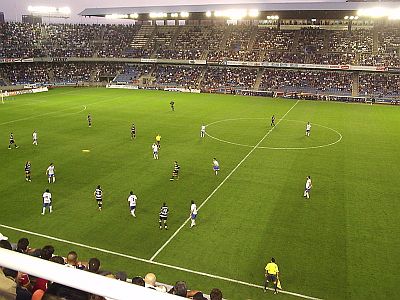 The club is generally considered to be founded in 1922, although some records suggest it could be as early as 1912.

Tenerife (and the rest of Spain) has its own football league (called La Liga), which dates from 1928, but CD Tenerife only joined it in 1953, playing in the second division.

Over the years, the club has managed to enjoy a brief spell in the first division in the early 1960s, but, generally has remained in the lower levels.

Currently, they are part of the Second Division B.

CD Tenerife play their home matches at the Heliodoro Rodríguez Lópezin Santa Cruz. The Spanish people, including the native Tinerfeños, are as passionate about their football as any UK fan and follow their teams avidly.

Fans of CD Tenerife are nicknamed "chicharreros". The chicharro is a type of mackerel that was eaten by the original inhabitants of Santa Cruz, when it was only a small fishing village. The name is regarded as an insult elsewhere, but the followers of CD Tenerife use it with pride.

the official website of CD Tenerife can be found here.

Another Tenerife football team, founded in 1970. It is not as successful as its more famous rival and, currently, is playing in the Canarian Regional League, which is the level below Third Division. 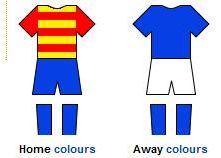 The team is based in Granadilla de Abona and their ground is called La Palmera, with a capacity of 2,700.

For those of you who want to actually play a game of football (there has to be eleven of you, obviously), there are several pitches where you can have a bit of a knock-about, with some amateur local teams available to give you a game.

The CD Marino football ground is situated between Los Cristianos and Las Americas. It is a professionally-sized pitch with artificial grass. It features changing rooms, showers and a massage room.

It is available from Mondays to Fridays from 09am till 4pm. Saturdays & Sundays might be arranged if there are no league games scheduled.

There are other, similar pitches at Buzanada, Valle San Lorenzo,Cabo Blanco, El Fraile and Arona Casco (all within 10 minutes drive of Los Cristianos) where similar arrangements can be made.