La Casa de La Miel, or "The House of Honey", is a sort of museum dedicated to just that - honey. Before you begin to think, how can a simple thing like honey merit its own "museum", well, it's slightly more than that.

Inaugurated by the Cabildo de Tenerife at the beginning of 1996, this initiative is much more than a mere museum. Production of honey and apiculture (bee-keeping) is very important on the island and this House of Honey has the objectives of supporting and developing this, as well as educating the public. 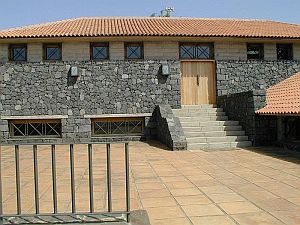 To this end, the Centre aims to offer training, services and various other means of support for the beekeepers of the island, resulting in the continued quality of the honey produced and its promotion. This is to ensure the continued future survival of this old agricultural activity, so long a part of Tenerife.

Actions taking place in the House of Honey include:

It's all very scientific, isn't it? The beekeepers of the island pay a tariff for these services.

It is inevitable that there is a Visitors' Centre at this establishment and this one was created (according to its website) to "satisfy the curiosity of numerous visitors eager to delve into the mysterious world of bees and honey". It attempts to pay tribute to the beekeeping industry, by showing its distiguished history and hoped-for future.

The exhibition combines modern techniques such as audio-visual aids and interactive exhibits with traditional apicultural artefacts. It addresses the ancient fascination that man has always shown towards the bee and its products.