Baseball in Tenerife - and Spain generally - is quite a prominent sport, thanks to it being brought to the country by former inhabitants of Cuba. When this Caribbean island severed its ties with Spain, many Cubans emigrated to Europe, bringing the game with them. The sport was at its height during the 50s and 60s, but then the rise of football (soccer) and the prestigious Spanish football league pushed its profile slightly into the background.

The Tenerife team is called the "Marlins" and are based in Puerto de La Cruz. Their ground is called El Burgado and is situated not far from the famous Loro Park zoo. The management of the Marlins is very much a family affair, consisting of father and son, both called Nestor Perez. The son is in charge of the main team, operating as both manager and player. His father oversees the scouting for new young talent and, indeed, enjoys a role as scout for none other than the US team Atlanta Braves. 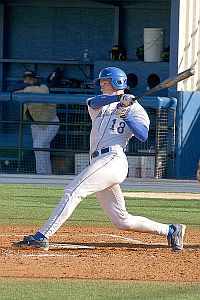 In Spain, baseball teams, like football, are separated into divisions. The Primera División, although meaning "first division", is actually the second in the heirarchy. The top echelon is the División de Honor and Tenerife Marlins have won this division five years in a row.

The youth development project, overseen by Nestor Perez senior, is continuing in full swing, with many eager hopefuls attending his training sessions in the north of the island. So that the south is not overlooked, his son has established a separate training facility in Las Galletas, which has been swamped by applicants.

For more information, you can visit the Marlins' website at www.marlinspuertocruz.es. You'll find on this site an email contact form.