The lizard native to the Canary Islands is, not surprisingly, called the West Canaries Lizard (gallotia galloti). 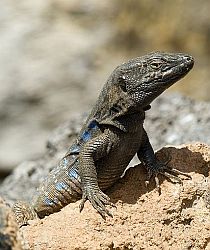 This species is further divided into four different sub-species found on the island.

The Northern Tenerife Lizard is, as its name suggests, found in the north of the island, mainly the Puerto de La Cruz area. 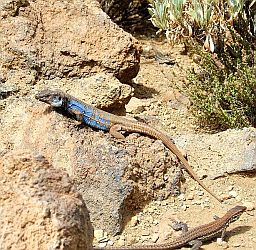 The Southern Tenerife Lizard is found mainly in the southern regions, but is also sometimes sighted in the north.

The Anaga Lizard is quite a rare sub-species, found only on the Roque de Fuera de Anaga, in northeastern Tenerife.

An even rarer sub-species is the Tenerife Speckled Lizard, only discovered in 1996. Also known as the Tenerife Giant Lizard, it is believed to inhabit only a small part of the Teno coastline in the west. More recently, some have been observed on Montaña de Guaza. It is thought there are only some 500 of these lizards in existence.

Lizards, although omnivorous, are quite partial to fruit and, therefore, can raid vineyards and orchards. This, naturally, annoys farmers, who try to poison them.

The skink is a type of lizard that looks a bit like a snake - until you look closely and notice the legs. 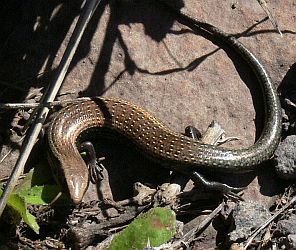 Skinks are carnivorous and feed on a variety of insects. They're not adverse to tackling other small lizards and rodents, too.

They can live in diverse habitats, from deserts to grasslands. The West Canary Skink (chalcides viridanus) is only found throughout the archipelago.

They are up and about during the day and like to bask in the sun on rocks.

There are two types of gecko resident on Tenerife. The Tenerife gecko is endemic to the island. It is a nocturnal creature, appearing at night searching for food, which consists of insects. 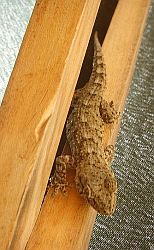 Habitats favoured are varied: forest areas, shrublands, rocky areas, grasslands and also places inhabited by humans, where they may set up living accommodation in a hole in a wall.

The Turkish gecko isn't a true endemic species, having probably been brought to the island by sailing ships from the European mainland.

They are quite tiny and have slightly translucent bodies. A truly nocturnal species, they venture out at night to feed on insects and may often be seen in urban areas lying in wait on a wall by a light, hoping that it will attract some prey. 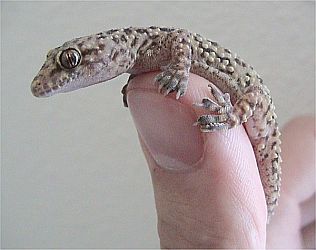