The famous "hidden", or "lost" village of Masca is situated in the northwest of the island not far from Santiago del Teide and nestles amongst the mountains. 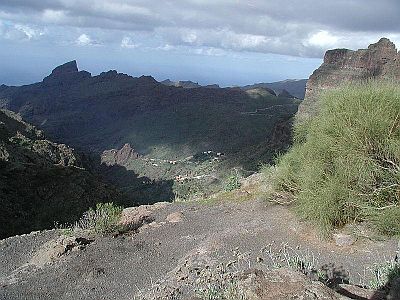 A popular tourist attraction these days, it has only been accessible by road for the last ten years or so. A new bitumen highway, winding impossibly down the mountainsides, has made it possible for tour buses to bring sightseers to this sleepy hamlet, on a daily basis. 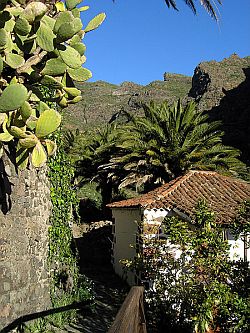 Although many of the houses there are now abandoned, there are still some 150-200 inhabitants. These dwelling places are built precariously on the mountainside and the whole village has a small peak near its centre.

During the reign of the pirates, back in the 16th century, the village, for some reason, was never attacked. This may have been because it was possibly a pirate hideaway and they would have used the small Bay nearby.

The village today still boasts breathtaking surrounding scenery, with lush, green forests of cypresses and palms. There is a small square at the centre of the village, plus a picturesque church. There is also a restaurant, Pension El Guanche, serving typically Canarian cuisine.

If you're into beautiful scenery, then Masca is the place for you! 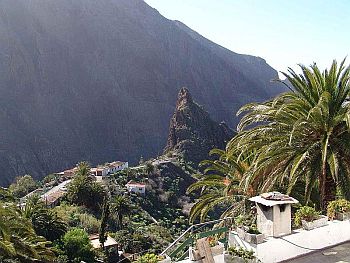