Lidl in Tenerife - the German discount supermarket comes to the island

This is a German discount supermarket chain that was founded in the 1930s and now has a major presence throughout Europe.

It has had stores in mainland Spain for a while, but now is extending into the Canary Islands. There are five existing sites in Tenerife. 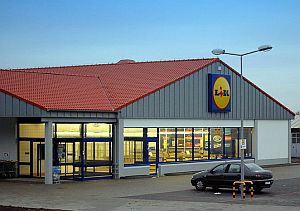 The typical Tenerife Lidl would consist of several sections, pretty much like any other supermarket: fruit and vegetables, meat, fish, dairy, bread and the like, frozen food, wines and spirits, pets' produce, household products and a chemist.

The store is committed to stocking local types of produce, such as mojo sauces, gofio and the famous papas arrugadas, or "wrinkly potatoes".

Lidl also stocks its own brands of many products, which are, naturally, cheaper than the more famous equivalent.

Here are the details of the five Lidl stores currently open throughout the island:

In the Las Chafiras area, this store can be seen quite clearly from the TF-1 motorway. You get to it by exiting the motorway at junction 24, taking the road marked San Miguel. Take the second left off this road (taking you onto a sort of industrial area) and follow this road until you come to a junction. Go left and follow this round till the road is running parallel to the motorway. You'll see Lidl along there.

Again, just next to the TF-1 motorway, this is a little complicated to get to. Exit the motorway at junction 22 and, from whichever direction, turn right. If from the south, you'll then intially have to drive across the bridge over the motorway. Now, go straight on at the roundabout and then take the first available right turn. Thereafter, you're in one of those one-way-street mazes that some Tenerife villages are so fond of. Go as far as possible, until the only way you can go is left. After that take the first right, then the first right again. Follow this as far as you can, then take a left. Along this road, you'll eventually arrive at the store, on your left.

A store situated in the north, this is how you access it from the TF-5 motorway. Exit at junction 38 (signed La Higuerita). From the east, go round the roundabout and pass through the tunnel under the motorway then go left at the next roundabout. From the west just take the first exit at the roundabout. Follow this road until you arrive at a junction, where you should take a left. At the next roundabout, take the first exit. At the next junction, take a right. Along this road, you'll enter a suberb calledLa Zamora. Keep on this road for a while, until you reach a roundabout, where you take the second exit. Take the next right turn and follow this road as far as it goes. The road you've reached is Calle Anaga, which is where Lidl is found.

Fortunately, directions to this Lidl are considerably simpler! Exit the TF-5 motorway at junction 35. From the west, you'll have to go all the way round the roundabout to get over the motorway. From the east, you're already there. Take the exit from the roundabout signed Puerto Cruz, amongst other things and follow the road round. You'll soon see the store along there.

To access customer service for Lidl in Tenerife, you have to telephone their mainland Spain number: (+34) 902 243222 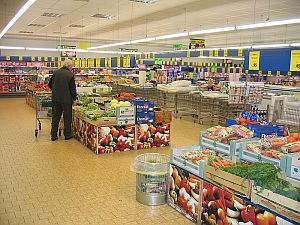