The legend of San Borondon - the eighth Canary Island?

The legend of San Borondon - could it be the eighth Canary Island? 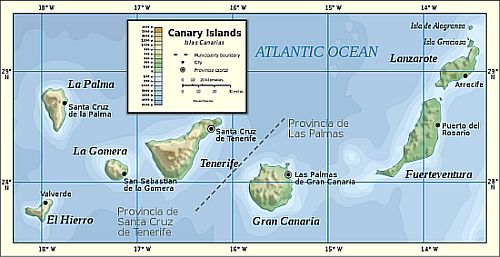 The Canaries traditionally consist of a collection of seven islands - Tenerife, Lanzarote, Gran Canaria, Fuerteventura, La Palma, La Gomera and El Hierro. However, stories persist of an eighth member of this archepelago - the legend of San Borondon. Its name is the Canarian version of Saint Brendan of Clonfert, an Irish monk who lived around 500AD.

There is an old Irish poem that tells of Brendan, who was based in Tralee, County Kerry, sailing off with a group of other monks on a small vessel across the Atlantic Ocean. The legend tells of their encountering demons that hurled fire and "floating crystal columns" (possibly icebergs?). 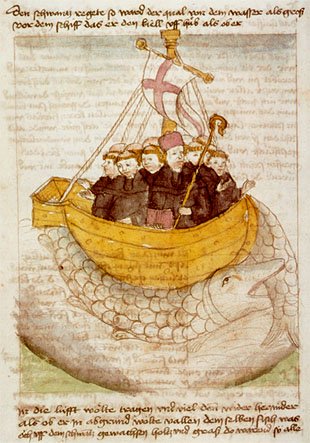 Brendan and the other monks eventually landed on an island that seemed reasonably hospitable, though uninhabited. As they were saying mass, the island suddenly started to move. It turned out to be a gigantic sea creature and they were on its back. How Brendon and his friends managed to extricate themselves from this predicament is unclear, but, in due course, we find him back in Ireland.

Purely on the basis of this apocryphal poem, it is held that Irish sailors, in the Middle Ages, reached the shores of North America or Newfoundland, Iceland and other islands in the Atlantic.

When the Canaries were conquered in the 15th century, a story was discovered, popular with the native Guanches, about an eighth island which sometimes was seen to the West of La Palma, El Hierro and La Gomera. Sailors tried to reach it, but as they approached the area, everything seemed covered in mist and they found nothing.

A breathtaking connection was made and this mysterious, elusive enigma was immediately named as Saint Brendan's living island and therefore called "San Borondon".

The post-conquest Tinerfeños began to fiercly assert its existence, some seafarers swearing that they had landed on the island and had a look round before it sank into the ocean again.

The strength of feeling for the possible existence of San Borondón is such that, in official documents regarding its sovereignty over the Canary Islands, the Kingdom of Castille would say "the islands of Canaria, already discovered or yet to be discovered". That was insurance, right there!

As a final note, there are reports in 18th century documents found on El Hierro, telling of a large number of people attesting they had seen San Borondon from the summit of their island's mountain. As a result, an expedition was launched from Santa Cruz in Tenerife, to check it out. Its journey, you won't be surprised to hear, was fruitless.