San Cristobal de la Laguna, or La Laguna, as it is more commonly known, is a major city in the north of the island, situated just inland from Santa Cruz.

It used to be the capital of Tenerife, but now, as it is, in essence, a suburb of the island's present capital, the two together form a large, joint municipality. 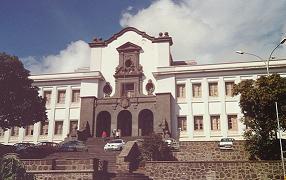 It is a university city and generally regarded as the cultural centre of Tenerife. For those of you who would shun the chance of drinking yourself silly in Las Americas in favour of more cerebral pursuits, then a visit to this intellectual oasis is just for you.

The "Old Quarter" of the city, with its narrow, pedestrianised streets, has been classed as a World Heritage Site.

The whole city is dotted with outstanding architecture, all dating from the 17th and 18th centuries. Together with the San Fernando University, you can also see the Bishop's Palace. 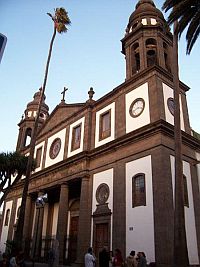 Its many religious buildings include the Cathedral, the Santo Domingo Church, the Church of Nuestra Señora de la Concepcion, the Church of the holy Christ and the San Miguel Chapel.

There is a clutch of museums, such as the Casa Ossuna and the Friends of the Country Economic Society and both the Church of the Concepcion and the Cathedral have one, too.

The municipal boundaries of this city extend far enough to include the coastal towns of Bajamar and Punta del Hidalgo, where tourists are more than amply catered for, with fine hotels, blessed with unbelievable scenery.

La Laguna has its fair share of shops, as usual selling their duty-free goods at really low prices.

On Sundays, there is a craft fair.

As the city hosts a University, you will see a great number of students...and students like to have a good time, when they're not studying!

There is an area called "Cuadrilatero", where you'll find them in the many pubs and bars, partying until the early hours. (There are many "gay" bars in this area, too.)

For those of you who do not want noisy revelry, there are many other bars and restaurants to enjoy a quiet drink or a bite to eat. 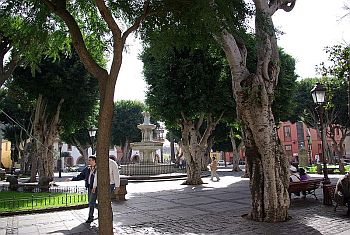