The Municipality of Granadilla de Abona is the third largest in Tenerife, located in the south-east and including such important tourist locations as El Medano, Los Abrigos and Reina Sofia airport. 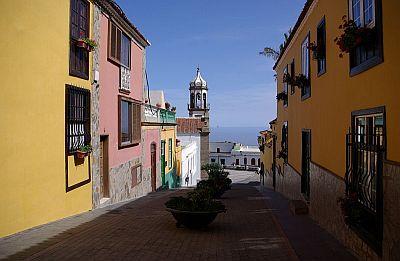 The actual town is, more or less, in the centre of this municipality, nestling on the slopes of Mount Guajara, the second highest peak in Tenerife.

A generally quiet, peaceful town, it boasts a concert hall, a gymnasium, plus a smattering of schools, banks and churches. 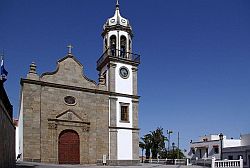 The area and town were first settled by Europeans at the time of the Spanish Conquest at the start of the 15th century. The name "Granadilla", however, is only known from the end of the 16th century.

There are records of a church, dating from 1575 and, subsequently, a Franciscan convent, in 1665. Granadilla had, until recently, been particularly inaccessible, being by boat, from the sea. If you wanted to reach the place from inland, you had to trek across the mountains, using horses or mules.

Granadilla de Abona has many festivals and traditions. It even maintains a team of Canarian wrestlers! There are numerous celebrations of music, such as Muestra Internacional de Folklore de los Pueblos and Encuentro de Folklore de Chasna. 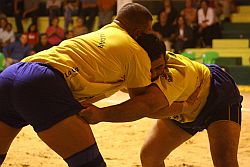 From the 24th to the 26th of July, the festivals of San Juan and Santa Ana are held in the locality of Fertile valleys.

The Dance of Varas, performed in Granadilla, is one of the strangest dances in all the Canary Islands, having no similarity to anything anywhere else. Accompanied by music played on the traditional instruments of chord rondalla, timple, laúd and bandurria, and monotonous, rhythmic sounds from the chácaras that the dancers themselves play, they perform a dance of strange, complex movements. They wear colourful clothes and carry sticks adorned with curly papers and spirally ornaments (told you it was weird).

On the 13th of June, there is the festival of San Antonio de Padua, patron saint of Granadilla de Abona. It consists of a procession that culminates in a great celebration in the town square.