Tenerife, having quite a dry environment, is not particularly cluttered with freshwater locations, but, nevertheless, there are places where freshwater will gather - in caves and lava tubes, for example. Also, because of the sparse rainfall, there are numerous reservoirs and water tanks throughout the island. Not to be forgotten, of course, are artificially created ornamental ponds.

In these various places, certain species can be found and here is a selection. 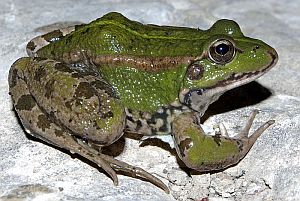 This frog, also known as Perez's frog, is very abundant in France, Portugal and Spain, so much so that the Spanish name for it is rana común, or "common frog".

Although preferring forest and shrubland environments, as well as freshwater areas such as rivers and ponds, in Tenerife, they have to settle for any ponds they can find. One such is in the northwest location of Erjos, plus there are examples to be seen in ornamental ponds in both Santa Cruz and Buzanada. 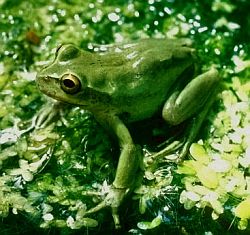 The Latin name of this frog is hyla meridionalis. The "hyla" part means "to bark" and is given because this frog has a call that sounds a bit like a dog barking.

Also occurring in France, Spain and Portugal, they are mainly nocturnal creatures, inhabiting, as well as freshwater areas, cultivated land and gardens. 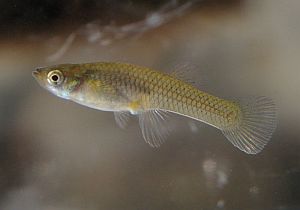 This tiny fish is abundantly found in Tenerife. Originating in the Gulf of Mexico, they are now to be found throughout the world. They are quite hardy, being able to survive in both fresh and salt water. They don't seem to mind if their water is brackish or polluted.

The female can grow up to just over two inches in length, while the males are much smaller.

Tenerife locations where you might encounter this fish include Las Galletas and anywhere where there are water tanks and reservoirs. 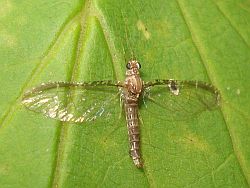 This insect, famous for having a one-day lifespan, is found in profusion in Tenerife.

They'll be found wherever there is freshwater. 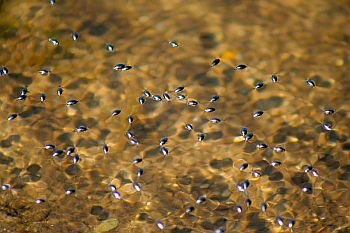 Found in water tanks and freshwater pools throughout Tenerife, this insect gets its name from its habit of swimming rapidly in circles when alarmed.

They have special divided eyes that can see both above and below the surface of the water.

Possessed of the ability to trap a bubble of air underneath their abdomen, this attribute allows them to dive underwater for long periods of time. 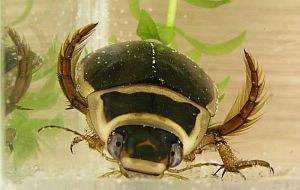 Another beetle that can be found in pools of fresh water and reservoirs, this specimen is a touch larger than the whirligig, growing to a possible length of 1.5 inches (which, I think you'll agree, is pretty big for a beetle).

They prefer water containing some form of vegetation and are voracious feeders, their diet including, apart from other insects, small fish.

At night, they may be seen on the wing, looking for another water source at which to settle. 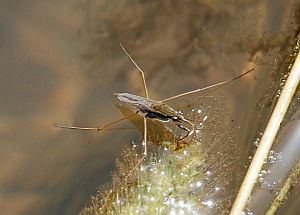 This remarkable insect has the ability to walk on water. Their specially adapted legs and weight distribution enable them to utilise the water's surface tension.

They prefer still water as their habitat. Feeding on insects that, for whatever reason, fall into the water, their front legs detects them by the ripples created.

On reaching the prey, they pierce it with their claws then suck out their insides. If that wasn't enough, they prefer their prey to be alive! 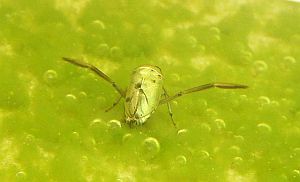 The fact that they swim on their backs just under the surface of the water, coupled with their amusing name, might make you think of this bug as comical, but it happens to be one of the most aggressive of freshwater insects.

They wait for potential prey to fall onto the water, where the surface tension traps them. Then off they go to collect dinner. They'll eat anything, too. Other insects, larvae, small fish and tadpoles - they're not fussy.

They have been known to hunt down so many young fish in a given area that they've effectively wiped out the population.

They can fly, too, using this ability to change their location - probably when they've eaten everything in their previous one. 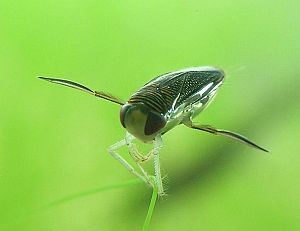