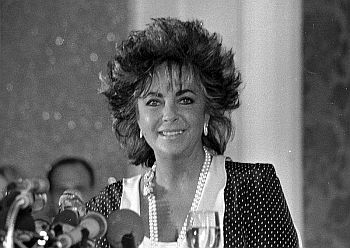 The reason for this is that, apparently, she and her husband, Richard Burton, owned some land in the area - in fact it was supposed to have stretched all the way from the Arona Gran Hotel in Los Cristianos right up to the far end of Veronicas. When Las Veronicas was built on it, Burton stipulated that it should be named after his wife.

Even this story has variants. Some say that the couple owned a variety of different properties on Tenerife, but the premise is the same.

Unfortunately, the actual story is a bit more boring. The construction of Las Veronicas was overseen by a Belgian architect and it was he who decided it should be named after his wife.

In its early days, Las Veronicas was a pleasant area of bars, restaurants and nightclubs. It wasn't until sometime later that the transformation took place to turn the area into a haven for teenagers and twenty-somethings to drink themselves silly.