The Dark Ocean - why Tenerife was left alone for so long

It's no wonder that Tenerife's first inhabitants, the Guanches, were left alone right up to the Spanish Conquest.

In ancient times, very little was known about the forbidding ocean beyond the straits of Gibraltar. It was still thought that the world was flat and, if you sailed too far towards the horizon, you'd eventually fall over the edge and plummet into some unfathomable abyss. 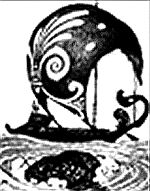 There was one race, however, that was a bit more clued up than the others. The Phoenicians were a relatively advanced people, skilful sailors with a healthy economy based on trade. They knew all about the Canary Islands and the ocean in which they lay - a lot more than anyone else and they wanted to keep it that way.

It was mainly them who, to protect their trade routes, intentionally spread rumours of these dark waters being populated by all manner of sea monsters and featuring treacherous whirlpools and sudden storms caused by angry gods.

Not forgetting, of course, the danger of falling off the edge of the world!

It's hard to believe, these days, but this area of the Atlantic Ocean was so forbidding, those not as enlightened as the Phoenicians were simply too afraid to venture onto it. 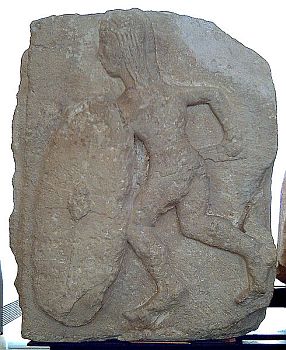 Depiction of a Phoenician - looks like he means business!