El Cabildo de Tenerife, or the Council of Tenerife. Now, if you thought the organisation of councils in your own country was complicated, you won't believe the headache I got when trying to sort out how the hierarchy within this one works. I'll try my best to explain it to you. 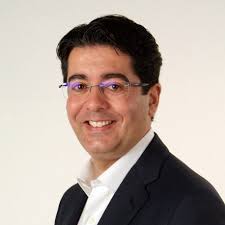 The President of the Cabildo is currently Pedro Manuel Martín Domínguez, who took up the post in July, 2019. A member of the Spanish Socialist Workers Party (PSOE), he was previously mayor of the municipality of Guía de Isora from 1995, being re-elected five times.

There are a bewildering number of sub-organisations making up the Council and here they are:

The Plenary, or the "House", is the chief organisation in the Island Government offering Tenerife citizens political representation. It consists of the President, plus 28 other Consejeros Isulares, or Island Directors. These are made up from members of the Canarian Coalition (14), thePartido Socialista Canario, or Canarian Socialist Party (10) and thePartido Popular, or Popular Party (5).

Their duties include controlling and supervising all aspects of Island Government.

The Island Board of Governors

This is a separate body, consisting of the President and no more than nine other directors, or Consejeros. These include the Vice President and "Area Directors".

Their duties and powers are to draft Island regulations and laws, approve regional plans and regulate the budget.

This is where it gets a bit complicated. In 2003, an amendment to a law was passed, to the effect that the organisation of the Cabildo was altered to accommodate more municipalities with large populations, rather than provincial Councils. (Yes, I couldn't quite follow it either.) Governing Bodies, as a result of this, are:

These committees undertake studies and report on them to the House for a decision. These studies may be concerned with:

The Board of Speakers

This body can be convened at the request of two political groups or one-fifth of the corporate members and, effectively, debate a current topic, whether it be relating to Plenary sessions, or motions thereof, after which it will present its argument to the House.